The Tokyo 2020 Olympic and Paralympic Games have come to a close after about a month of intense competition and excitement. Although the Games were held under a state of emergency and postponed due to a global pandemic, Japanese athletes won a total of 58 medals, including 27 gold medals, the most in history at the Olympic games, and a total of 51 medals, including 13 gold medals, at the Paralympics. However, the remarkable achievements of the new generation of athletes, in particular, demonstrated to the world the strength and potential of the Japanese sports world.

In fact, there is a deep connection between the Olympics and other major international events and the development of Japanese design. For example, pictograms are now commonly used. The world’s first sports pictogram was first introduced at the 1964 Tokyo Olympics. It was developed in order to communicate to athletes and spectators from all over the world, who could not understand Japanese, what kind of competition was going to be held. A symbolic silhouette of each sport is expressed on the whole body or on some parts of the body, and each time it is designed in a way that reflects the individuality of the host country. This type of design expresses the meticulous hospitality unique to the Japanese people.

The theme of the 1970 Osaka Expo, “The Progress and Harmony of Mankind,” was a successful fusion of the three aspects of the event: a theme that seriously considers ideals and ideals, entertainment that visitors can genuinely enjoy, and the presentation of an original and hopeful vision of the future. A total of 64,218,770 people visited the exhibition in 183 days.
The symbolic zone, famous for its festival plaza and the Tower of the Sun, was designed by Kenzo Tange, the designer of the Yoyogi National Stadium, and artist Taro Okamoto, and expresses a message through high abstraction. Even today, more than 50 years later, its presence and message continue to resonate with us.

This was not the only reason for the success of the Osaka Expo. Along with Isamu Noguchi and other big names of the time, the expo actively recruited and gave opportunities to Arata Isozaki (age 38), Kisho Kurokawa (age 35), Tadanori Yokoo (age 33), Eiko Ishioka (age 31), Junko Koshino (age 30), and Tetsuya Chiba (age 30), all of whom would go on to play major roles on the world stage.
One episode that symbolizes the atmosphere of the time is related to the “Sen-i-kan,” – or pavilion of textile –  ​which became famous for Tadanori Yokoo’s eccentric design. Mr. Toyosaburo Taniguchi of TOYOBO, chairman of the Japan Textile Federation said, “I don’t understand your theory of art at all. But I understand your passion. That’s fine. Do what you want.”

＊The figures in parentheses indicate their age at the time. 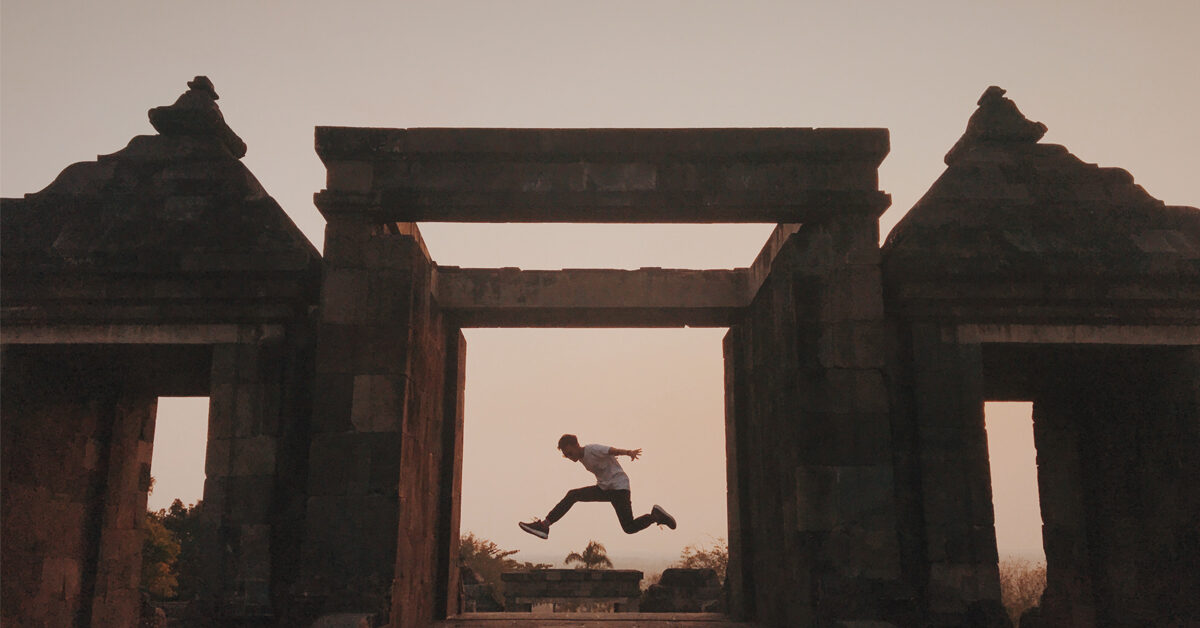 Four years from now, with the hope that Japan and the world will have overcome the threat of the pandemic and regained their pre-Corona lifestyle, Expo 2025 Osaka will be the perfect opportunity for Japan to show off its wisdom, technology, and sense of style to the world.
We can look forward to the birth of many new designs that Japan can be proud of, including pictograms that reflect the meticulous hospitality of the Japanese people, as well as astonishing new creators and creations.